Calling all who want to celebrate and save our dear Earth! Come join the Narberth Civic Association for the 27th annual NarbEarth Day! Eat local food and listen to live music while you and your family enjoy activities and exhibits focused on environmentally friendly living and sustainability!Walk over or ride your bike. Free bike valet parking will be provided! For more information, visit: http://www.narberthcivic.org.narbearthday.php

Officers will entertain and engage with children reading classic stories so bring your children to join in on the fun. The Ardmore Library and Lower Merion Police will provide fun giveaways for those children who attend. 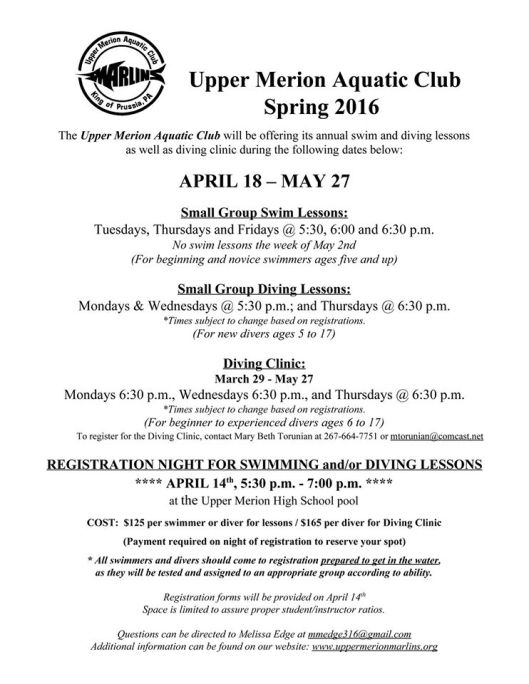 The Upper Merion Aquatic Club will be offering its annual swim and diving lessons as well as diving clinic during the dates above. Any and all kids are welcome.

Description: A fun morning for the whole family! ½ mile kids race and 5K through the scenic neighborhoods of Wayne, PA.

Race Purpose: A fundraising event for The Saturday Club, a 501(c) (3) non-profit organization of volunteer women. The Saturday Club serves and supports causes that aid and benefit women, children and families in the Greater Philadelphia Region. Proceeds from the race will benefit these efforts. To learn more about The Saturday Club visit: http://www.saturdayclub.org

Race Results: Race will be professionally timed by the Bryn Mawr Racing Co.

To learn more about The Saturday Club visit: www.saturdayclub.org

Join the Wayne Art Center for a private tour of Picasso: The Great War, Experimentation and Change at the Barnes Foundation.

“The Barnes Foundation, in partnership with the Columbus Museum of Art, Ohio, premieres Picasso: The Great War, Experimentation and Change on February 21. On view at the Barnes through May 9, this exhibition examines the dramatic fluctuations in Picasso’s style during the period surrounding the First World War, from 1912 to 1924. The show brings together some 50 works by the artist from major American and European museums and private collections, including paintings, drawings, watercolors, and costumes designed for the avant-garde ballet, Parade; and several pieces by his friends and contemporaries.

Unlike other members of the Parisian avant-garde, Picasso never directly addressed World War I as a subject in his art. Instead, he began experimenting with naturalistic representation, turning out classical figure drawings that outraged many of his avant-garde colleagues—this was quite a shift from the radical cubist approach he had been developing since 1907. Picasso did not give up cubism, however. Instead, he shuttled back and forth between two different styles for over a decade, breaking forms apart and making them whole again. The exhibition looks closely at the strange ambivalence characterizing Picasso’s wartime production, exploring it in connection with changes to his personal life, with his misgivings about cubism, and with the political meanings ascribed to cubism during the war.

The exhibition is curated by Simonetta Fraquelli, an independent curator and specialist in early 20th-century European art. The managing curator at the Barnes is Martha Lucy. The exhibition will travel to the Columbus Museum of Art in June 2016.”

UPCOMING Shredding Events for in April.

Both shredding events will be from 9:00-11:00 AM or until the truck is full. Availability is on a first-come, first-served basis. All shredding will be done on site and all shredded paper will be recycled.

The Harriton Theatre Company presents
“How to Succeed in Business Without Really Trying”
A classic comedy centered around a young man rising
the corporate ladder of success!

Seats can be reserved online now at HTC.Tix.com
Tickets will also be sold at the door before every performance.
More information can be found on the “Harriton Theater Company”
Facebook page or the @HTCTickets Twitter feed. 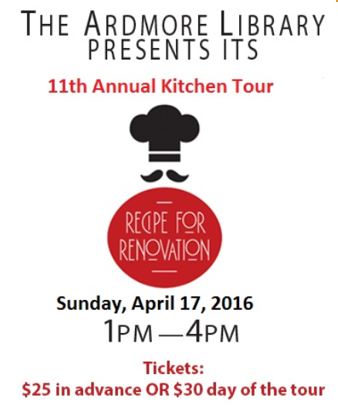 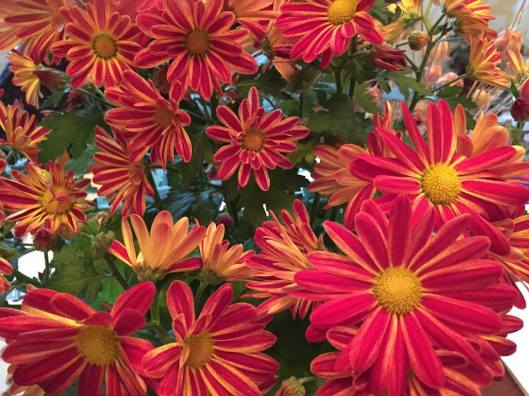 Dolobran, Penshurst, Woodcrest — these are names of some of the great gardens and estates of the Main Line that are no more, but will be conjured by Jeff Groff, Director of Public Programs at Winterthur, using historic photographs and a discussion of changing garden styles and the work of noteworthy landscape architects such as the Olmstead brothers and Ellen Biddle Shipman from the 1870’s to the 1930’s. With his many special interests including garden history and preservation of landscape from the 18th to mid-20th centuries, including garden features and ornaments, he is the ideal guide to bring back to life these vanished scenes for the Narberth Area Garden Club on April 7, 2016, 7:15 p.m., at the Narberth Borough Building, 2nd floor, 100 Conway Avenue, Narberth, Pa., 19072 (Haverford Avenue entrance.) Free for members; $6. for visitors.