The second annual Lower Merion Community Network Fall Social was held Thursday evening Nov. 7 at Ardmore Music Hall. The Facebook Group page has over 3,100 members who are residents or business people in Lower Merion. The social was a chance for them to meet in person. (READ ARTICLE..)

Business owners have BTDT (been there, done that) – so you aren’t alone in whatever business dilemma you are grappling with! You need our  What’s Your Problem?!? Event!

Come prepared to present your business problem – you’ll have 4 minutes to present it to your breakout group (4 other professionals) and 5 minutes to get advice from the rest of the breakout group. After your time is up, a different group member will present and you will be able to give advice to them!

This is a tremendous networking and business relationship building opportunity that creates great conversation and more than enough reason to follow up after the event!

Here are the rules for attendance:

This event is FREE for members of The Power Lunch Project. $15.00 for non-members. Light snacks served. REGISTER HERE.

Main Line Professional Group supports each member’s professional development and attempts to improve members’ business practices to increase business. We can provide a sounding board and focus group for each other’s marketing strategies, ideas, and presentations, or at our seminars on topics such as branding, productivity, or identifying and marketing to your target audience, our group is much more than just a business card exchange. To join click here. 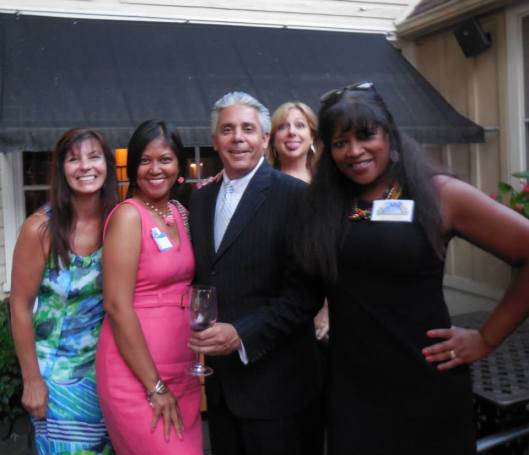 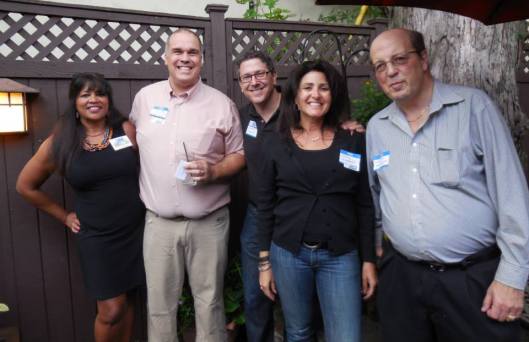 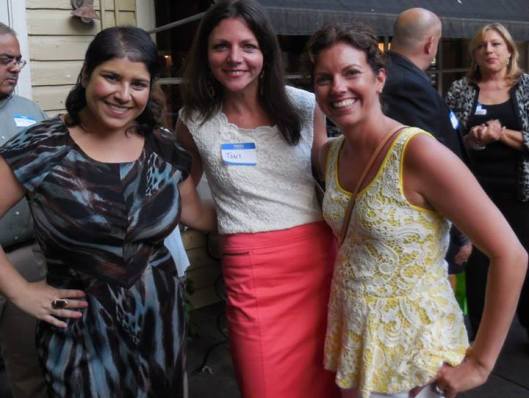 “In case you’re a little unsure, Branding has everything to do with how you are perceived by the public, whether it be online or offline. The last thing you want to do is portray a negative image of your brand. You want to make sure that at first glance, the image you put out represents YOU at your best.” (READ ARTICLE)

(Reblogged from the NYT)

WHEN Tony Wagner, the Harvard education specialist, describes his job today, he says he’s “a translator between two hostile tribes” — the education world and the business world, the people who teach our kids and the people who give them jobs. Wagner’s argument in his book “Creating Innovators: The Making of Young People Who Will Change the World” is that our K-12 and college tracks are not consistently “adding the value and teaching the skills that matter most in the marketplace.”

This is dangerous at a time when there is increasingly no such thing as a high-wage, middle-skilled job — the thing that sustained the middle class in the last generation. Now there is only a high-wage, high-skilled job. Every middle-class job today is being pulled up, out or down faster than ever. That is, it either requires more skill or can be done by more people around the world or is being buried — made obsolete — faster than ever. Which is why the goal of education today, argues Wagner, should not be to make every child “college ready” but “innovation ready” — ready to add value to whatever they do.

That is a tall task. I tracked Wagner down and asked him to elaborate. “Today,” he said via e-mail, “because knowledge is available on every Internet-connected device, what you know matters far less than what you can do with what you know. The capacity to innovate — the ability to solve problems creatively or bring new possibilities to life — and skills like critical thinking, communication and collaboration are far more important than academic knowledge. As one executive told me, ‘We can teach new hires the content, and we will have to because it continues to change, but we can’t teach them how to think — to ask the right questions — and to take initiative.’ ”

My generation had it easy. We got to “find” a job. But, more than ever, our kids will have to “invent” a job. (Fortunately, in today’s world, that’s easier and cheaper than ever before.) Sure, the lucky ones will find their first job, but, given the pace of change today, even they will have to reinvent, re-engineer and reimagine that job much more often than their parents if they want to advance in it. If that’s true, I asked Wagner, what do young people need to know today?

“Every young person will continue to need basic knowledge, of course,” he said. “But they will need skills and motivation even more. Of these three education goals, motivation is the most critical. Young people who are intrinsically motivated — curious, persistent, and willing to take risks — will learn new knowledge and skills continuously. They will be able to find new opportunities or create their own — a disposition that will be increasingly important as many traditional careers disappear.”

So what should be the focus of education reform today?

“We teach and test things most students have no interest in and will never need, and facts that they can Google and will forget as soon as the test is over,” said Wagner. “Because of this, the longer kids are in school, the less motivated they become. Gallup’s recent survey showed student engagement going from 80 percent in fifth grade to 40 percent in high school. More than a century ago, we ‘reinvented’ the one-room schoolhouse and created factory schools for the industrial economy. Reimagining schools for the 21st-century must be our highest priority. We need to focus more on teaching the skill and will to learn and to make a difference and bring the three most powerful ingredients of intrinsic motivation into the classroom: play, passion and purpose.”

What does that mean for teachers and principals?

“Teachers,” he said, “need to coach students to performance excellence, and principals must be instructional leaders who create the culture of collaboration required to innovate. But what gets tested is what gets taught, and so we need ‘Accountability 2.0.’ All students should have digital portfolios to show evidence of mastery of skills like critical thinking and communication, which they build up right through K-12 and postsecondary. Selective use of high-quality tests, like the College and Work Readiness Assessment, is important. Finally, teachers should be judged on evidence of improvement in students’ work through the year — instead of a score on a bubble test in May. We need lab schools where students earn a high school diploma by completing a series of skill-based ‘merit badges’ in things like entrepreneurship. And schools of education where all new teachers have ‘residencies’ with master teachers and performance standards — not content standards — must become the new normal throughout the system.”

Who is doing it right?

“Finland is one of the most innovative economies in the world,” he said, “and it is the only country where students leave high school ‘innovation-ready.’  They learn concepts and creativity more than facts, and have a choice of many electives — all with a shorter school day, little homework, and almost no testing. In the U.S., 500 K-12 schools affiliated with Hewlett Foundation’s Deeper Learning Initiative and a consortium of 100 school districts called EdLeader21 are developing new approaches to teaching 21st-century skills. There are also a growing number of ‘reinvented’ colleges like the Olin College of Engineering, the M.I.T. Media Lab and the ‘D-school’ at Stanford where students learn to innovate.”